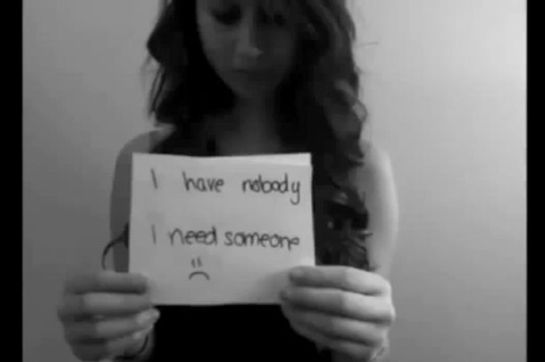 My gang stalking became overt just over 4 months ago but I’m pretty sure I was being targeted since the late 90’s. There are so many people involved, in the hundreds at least.

Went to yoga last night. It was dark when I left. A tall blonde girl stood in the lobby and mimicked me by pretending to pick her nose. I sat in my car for several minutes before backing out to let all the little perps pull out first. I turned the ignition and lights on and slowly began to back out. As soon as I did a young couple walked behind my car. I later wondered how long they had been standing there in the shadows, waiting.

I am no longer scared or nervous for myself. What I am is angry and frustrated. They are so predatory and sick. What does scare me is the painstaking efforts they take to harass someone and/or convince them they are mentally ill. What scares me is how sick someone has to be to engage in this type of behavior and how dedicated they are to it. What scares me is how they have absolutely nothing better to do with their time for hours, days, months at a time. They enroll their parents, kids, friends, neighbors, coworkers, etc. All clinging to ignorance for dear life. My downstairs neighbor is blasting music as I write this. There have been little noises around my front door all afternoon like someone is pushing on it or trying to turn the knob. It scared my cats. Animals are very good detectors of what is real and what is artificial. EVERYTHING perps do is artificial.

I wanted to write about a perp skit that took place last week during my mindfulness class. I mentioned I’ve been cranky and the perps got on my nerves. I’ve been shopping at the same store a lot and they know what I buy now. So they go into the aisles and stand right in front of the items. When I get there they are blocking the items. This time an employee was invlolved. I turned the corner to pick up yogurt, as I got closer I realize he is intentionally planted right in front of it, pretending to have some reason to be there. I don’t excuse myself because they don’t deserve any respect. I picked the yogurt off the shelf and walked past him. As I got to the end of the aisle I intentionally knocked 2 big yellow blocks of cheese off the shelf and one fell on the floor.

Fast forward to mindfulness class at my therapist’s office later that day. As I waited in the lobby, I notice a perp from class, K. walk out of the therapist’s office and sit down. She had a bright orange shirt on. The therapist came out wearing an animal print blouse and called us to the class. I stood in the lobby waiting for her to unlock the door to class. As soon as I stepped forward to enter, a young girl in a bright green shirt dashed right in front of me on her way to the restroom on my right. Predatory…Her Mom was there and goes “Honey, that was rude!” But you know she probably praised her later and treated her to an ice cream cone (so the little girl will turn into an even bigger whale than she is now).

We go into class and sit in a circle. The therapist starts out by asking if we did anything nice for ourselves this week.

K. the perp said: “I bought myself a big block of cheese.”

Therapist: “Oh, that’s nice. you splurged. What kind of cheese was it?”

Therapist: “And where did you buy it?”

K: (after pausing for a moment she said with a big smile): “Target”.

I now realize what K. was doing in the therapist’s office before class, they were rehearsing this skit. It was retaliation for what I did at the store earlier that day. When you consider the enormous amount of time, energy, and money invested in something so evil and completely destructive as gang stalking, it’s hard to believe there is anything good left in this world. And you wonder how much better the world would be if all those resources were poured into something good like education, healthcare, environmentalism, providing housing, preventing child abuse and drug addiction, more animal  shelters.

Amanda Todd is a teenager who recently commit suicide due to bullying. This is now called bullycide. She was isolated and alienated, just like a T.I. She made a video about her bullying and held up a sign that said “I have noone.” She had me, I will never perp or gang stalk. Amanda had me and I know I have people out there too.

8 thoughts on “Perps: So Low, They are Looking up a Snake’s Asshole”