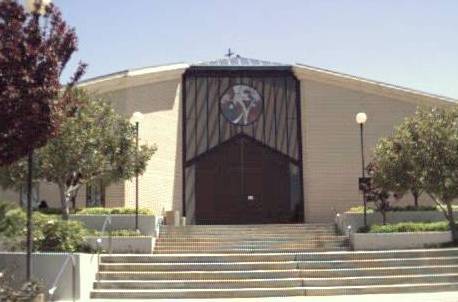 Just returned from 8 am mass. When I arrived at church and exited my car, an SUV suddenly pulled into the spot on my left and almost ran into my door. He stopped just short of doing so and acted like it was my fault. Inside church there is random coughing every where, I feel like offering these people a glass of water. The woman who sits 3 rows in front of me continually strokes her hair throughout the mass. I wonder if her arm gets tired. The 2-3 people sitting near me would not shake my hand when we offered peace. Someone slammed a door as the priest prepared the gifts and of course the fire truck went by with the sirens blaring. Two separate cellphone ringtones went off and there was a baby crying loudly in the back of the church. The altar girl flapped her arms and wiggled like she was doing some kind of boogie dance at the side of the altar while the priest blessed everyone at the end of mass**.

I try to go to mass every day and attend the Rosary group afterwards. After that I visit an alcove where there are statues of St. Jude and Jesus and I pray a while longer. Many times, while I do this, two ore more people will converse loudly on the other side of the church until I leave. As soon as I leave, they stop and leave also. Today it went on for almost an hour. The conversation was loud enough to distract, but with non- stop babbling where you can’t really make out the words (probably so you can’t tell how phoney the conversation actually is). Perps have done this to me before. E.g. pretending to have a cell phone conversation outside the window at my gym during a yoga class, they do it in the line behind me at the supermarket. It is like a low, non- stop , senseless babbling. These two went on for almost an hour today, I gave them a run for their money! I finally left and realized they were not standing inside the church but right outside one of the front doors. I exited through the door on the opposite side of the church and sat down and waited to see how long it would take them to leave. As I waited I saw a white car back out of a space. Someone had been sitting in the parking lot waiting. Probably a perp signaling to them that I had exited, there were only 3 cars in the lot. Exactly 4 minutes after I exited the church, the two of them stopped talking and walked away.

**Perps often stand right behind or next to the person or thing you are focusing on to get in your line of vision and distract you. They will stand there and mimic, fold their arms and glare, text on their cell phone, etc. When they can’t do this, they will stand right in front of you and block your view of the person or thing. One even tried to block my view of the sunset at the beach once.